John A. Shultz is a proud, lifelong resident of Skagit County. John graduated from Mount Vernon High School in 2000, and the University of Washington in 2004, prior to attending law school at the Seattle University School of Law, where he earned his Juris Doctor in 2009, with honors. During law school John served as Associate Editor of the Seattle University Law Review and as a Board Member and Research and Technical Editor, while also working as a Law Clerk with Ahlers & Cressman PLLC in Seattle, Washington. After completing law school, John joined his father, John R. Shultz, in forming Shultz Law Offices, where he now represents clients in a variety of legal matters and litigation, including personal injury, auto accidents, business, finance, contract, real estate, insurance, and bankruptcy law matters. Prior to law school, John also worked extensively in areas of finance, real estate, and construction. John has previously served as President and Vice President of the Skagit County Bar Association, and continues to be an active member of the Skagit Bar. John lives in Mount Vernon with his wife, Kira, and children, Alex and Mikayla, and enjoys spending his free time with his family skiing, boating, traveling, and being outdoors. ​ 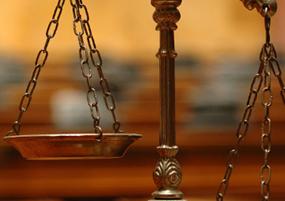 Serving Skagit and island counties since 1984

We'll help you find your way.

When you experience an injury or financial hardship, everything can change. With more than 47 years of combined experience litigating and settling claims and disputes, you can rely on us to resolve your court case and legal needs.

John R. Shultz has been practicing law locally for over 37 years, with extensive experience in personal injury, auto accidents, insurance claims, construction law, corporate and business law, governmental and municipal law, real estate and land use law, and wills and probate. John graduated from the Gonzaga University School of Law in 1982, where he served on the Gonzaga Law Review. Prior to law school John enlisted in the U.S. Air Force from 1968 to 1972, serving in Vietnam, Thailand, and Southeast Asia from 1971 to 1972. He attended Western Washington University from 1973 to 1974, University of California at Berkeley in 1975, and graduated with honors from the University of Washington in 1977, where he received his undergraduate degree in Environmental Design and Architecture. John has worked as an attorney since law school, and worked as counsel with Winston & Cashett in Spokane; Dolack, Hansler, Hulscher & Barline in Tacoma; Bannister, Bruhn & Clark in Mount Vernon; and as a Staff Attorney for the U.S. Veterans Administration. In 1987, John opened a solo practice in Mount Vernon, and in 2011, partnered with his son, John A. Shultz, in forming Shultz Law Offices. John has resided in Mount Vernon since 1983, with his wife, Connie. Outside of the office, John enjoys home improvement projects, skiing, reading, and spending time with his family.
View on Mobile